The Myth of the Eternal Return 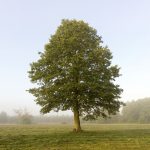 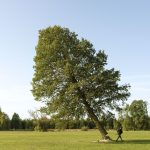 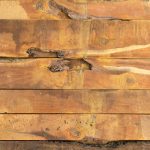 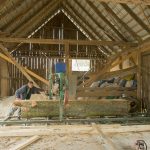 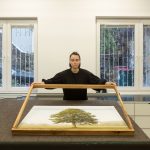 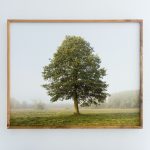 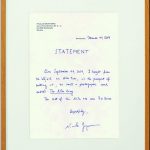 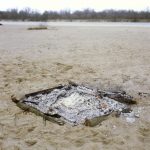 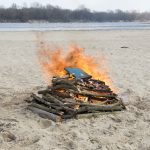 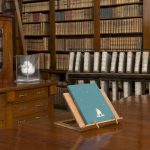 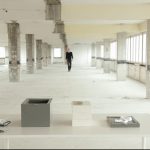 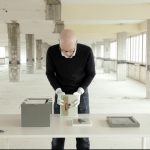 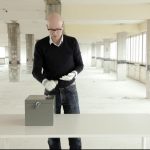 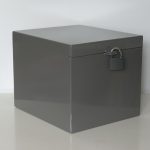 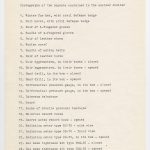 The Myth of the Eternal Return

This life as you now live it and have lived it, you will have to live once more and innumerable times more; and there will be nothing new in it, but every pain and every joy and every thought and sigh and everything unutterably small or great in your life will have to return to you, all in the same succession and sequence…

Phoenix – described above – is one of those works in which, for over a decade, Nicolas Grospierre has been exploring the concept of the loop, or the closed cycle, but from a formal, aesthetic point of view. In The Myth of the Eternal Return, presented at the Alarcón Criado Gallery, he places a couple of such works in a wider, historical, or even political context, as a way to shine a specific light on contemporary events.

The “Eternal Return” is the idea, drawn as far back as classical antiquity but also found in most mythologies, that identical events, or even whole chronologies occur periodically. This idea is the basis for the popular saying that “history repeats itself”. It is a thought-provoking concept, because it denies the belief in man’s free will, and rather advocates for a radical form of determinism.

The paradoxical nature of this concept is what attracted Nicolas Grospierre in the first place. He has embodied this idea in Phoenix, precisely because it seemed contrary to the way photography works. Instead of being the intangible testimony of an event that occurred, photography appears in Phoenix as a mere tool in a wider chain of events that completely exceeds it.

The Alder King – Nicolas Grospierre’s latest work in exhibition – is also based on the idea of the loop, although here it takes a much more provocative stance. The Alder King is a cycle of photographs, which shows how a tree – depicted in the first image – is cut down, processed into planks, and is finally used to create a wooden frame, in which the printed first image is mounted. The viewer ultimately discovers that the whole operation was orchestrated by the artist, who bought the tree for 70 euros.

In this work, the formal frame of Eternal Return is used in a critical manner: not so much to ascertain the perpetual recurrence of nature, but rather to demonstrate the inner workings of the climate crisis, and how any of our actions has a repercussion on the natural environment.

Still, both Phoenix and The Alder King are formal, and playful: they tackle the Eternal Return from a distance, and it seems in them that Grospierre’s goal is to provide a satisfactory – albeit provocative – intellectual riddle, in which the loop is more a game than a statement.

But these works acquire a much graver significance in the exhibition, because of their placement next to an earlier work, The Bunker.

In 2014, Grospierre discovered a Cold War nuclear bunker in the outskirts of Warsaw, which had remained untouched since 1989, with all of its contents. Stunned by this discovery, Nicolas Grospierre decided to photograph the space systematically, but most importantly, its contents: uniforms, gas masks, radiation meters, boots, helmets, first aid kits: all that was supposedly needed in case of a nuclear attack. However, the artist took the decision never to show these photographs. On the contrary, and as a way to exorcise the whole situation, and magically dismiss the remnants of what seemed a distant past, the artist designed a shock-proof box, in which he locked indefinitely the photographs of these objects. It is this box, and a film showing Nicolas Grospierre locking forever the photographs, that are on display in the exhibition.

The Bunker was made in 2014, and, at that time, this symbolic gesture was aimed at chasing away ghosts of nuclear war that were thought never to return. In a way, The Bunker was designed to negate the Eternal Return, to prove it wrong.

But we are in 2022. The war in Ukraine is raging, nuclear threats are being made on quasi-daily basis, and it seems the world has never been closer to nuclear war ever since the 1962 Cuban missile crisis. History seems to have come full circle.

At this point of the text, it seems essential, perhaps even necessary, to raise some question: can we believe in the Eternal Return? Is it just a myth, a legend that the classical civilisations of the past designed to explain their origins? Or should we rather see as an intellectual device, a philosophical concept formulated by Nietszche as a thought experiment? Or is it something more tangible?

Let us quote the artist to answer these questions: