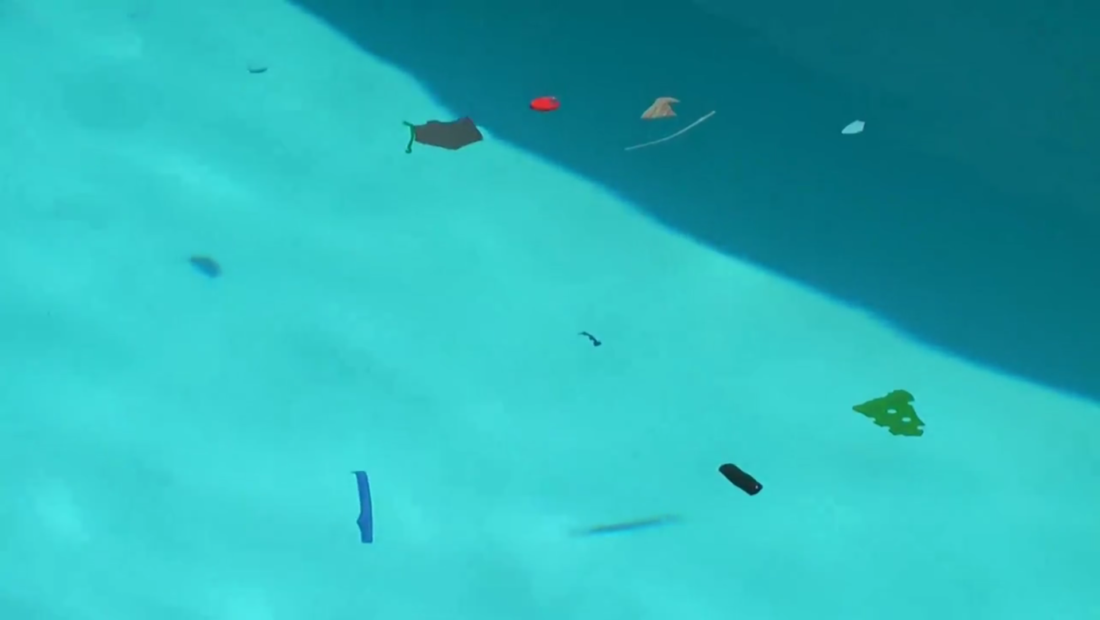 This video piece registers the random movements and compositions followed by tiny pieces of plastic found washed up on a beach. The elements are left adrift in a swimming pool and recorded from different perspectives.

The music, composed by the Viennese band of artists “Das Synthie Modul”, brings the spectator into a sort of state of submersion and hypnosis.

The Video is edited following two kinds of rhythms: a latent one showing the sediments floating slowly in the actual speed (time-space in scale 1:1), and another one where time and space are altered, and transform the measurements into something relative from a universal point of view.

The title, written by Minke Wang paves the way for this video, as part of the After Sputnik project, based on Marshall McLuhan’s well-known phrase: “After Sputnik, there is no nature, only art.”

This project, which begun at the Academy of Spain in Rome in 2012, contains references to archaeology, history, play, parties and celebration, the world of children, and the idealism of the 20th-century artistic avant-garde movements.

The material basis of this project is assorted bits of plastic flotsam collected on different beaches that suggest crushed toys, a kind of childhood archaeology.

The full title “The Miracle Is That the Unidiverse Exists” was inspired by Wittgenstein’s observation that “aesthetically, the miracle is that the world exists”, by which he meant that the world itself is the supreme and utterly sufficient reason to create. All questions about the meaning of the world inevitably run up against the limits of language and strive to grasp the world as an inexplicable wonder.

After Sputnik, there is no nature, only art. But aesthetically, the miracle is that the Unidiverse exists. And it is manifested in a Merry De-cadence [sic].