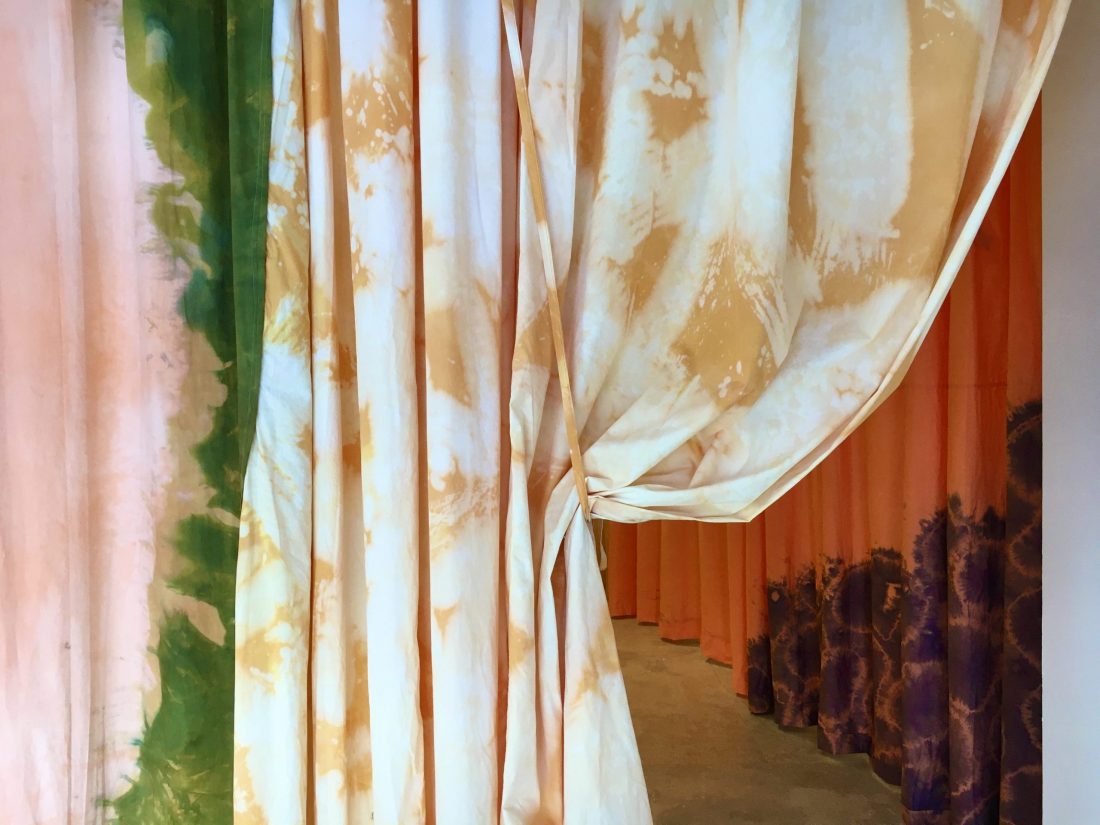 A point rouge dans la nuit speaks of the other, of the human adelphus who lives or survives, transmits his knowledge, his rites, his cults, he is also the one who crosses the border risking his life, as he has always done for centuries, he is the that populates the world, the one that enriches us.

The invited artists reflect on their world, commit themselves, point out what is dysfunctional, talk about the colonial past, dictatorships, evoke forgotten communities, unearth what history wants to dirty. They show what we no longer see, what we must learn to look at, to keep…

The works can be read from the point of view of the political, the social, the human, the acts that remain to be done and what should not be renounced. It deals with borders, roots, history and revolts, and also with the extraordinary. I wanted other nationalities to gravitate to the initially invited Spanish artists, because before the global pandemic and the war in Ukraine we had almost forgotten the violence of a closing border.

I borrow the title from Bertrand Belin*, this red dot in the night is the flash of a presence in the dark, the certainty that there is someone in the distance, perhaps a bear, a mirage, a miracle. They are the artists, the friends, the thinkers, the creators, the ones that are necessary, the ones that open minds. A red dot at night is also hope and the desire to return.