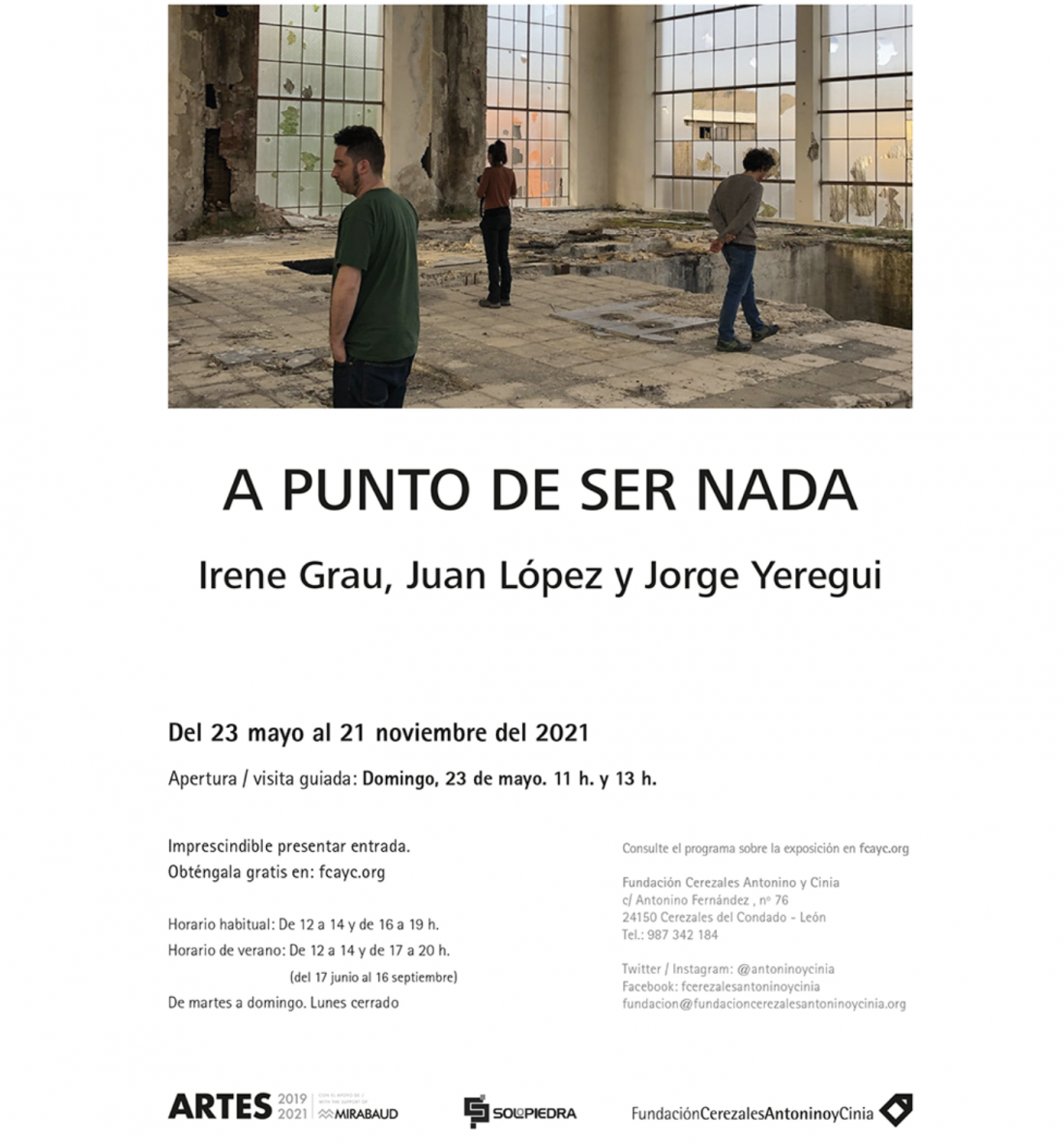 Jorge Yeregui participates in the exhibition “A punto de ser nada” with the artists Irene Grau and Juan López.

Pulling life out of the stones presages monstrous voids at your fingertips. To perceive it, it is necessary to transform them into pupils, eardrums, and antennae. It means imagining ourselves, in short, as new beings in the infancy, capable at times of avoiding trembling in front of that “void” of a time fully open.

We keep paying attention to what surrounds us, here, on the other side of the windows of this rural school. Between mountains, rivers, crops and pastures. What remains of the landscape in the landscape or how much there is of nature in nature. We usually wonder. As we go through the doors, we look into an antefuture: a library of never-fully-materialized landscapes, mutant, through which to feel a world to come. Images of perpetual extractions under and above the ground. Shaked pasts and futures in dissolution.

On the Verge of Being Nothing is a common “blues” used by the oldest inhabitants in these neighbourhoods. Places that now are connected by readings, artworks, field sessions, furrows and a curl of chasms. Some are excavated in time, others by water and others with dynamite.

To climb and to hang down into those voids, to listen to their vibration and to tie to it one morning, we have searched among the remains of imaginaries and changing matters that are almost always about to be nothing. We have gathered some of them, accompanied, cross-country, by Irene Grau, Juan López and Jorge Yeregui.

At the edge of that abyss, the erect arboreal sports of the Sigillarias and Dicksonias used to filter the air during the Carboniferous, before meeting the edge of pickaxes and axes under the ground today, millions of years later. Before being mixed with blasts and hydroseeding to mutate, again in the open air, in tomorrow’s pastures and futures market. That is our meeting point