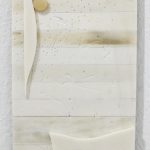 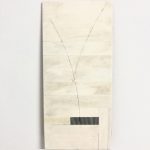 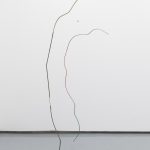 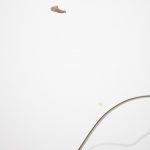 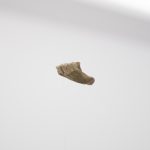 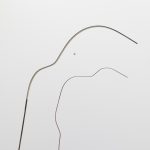 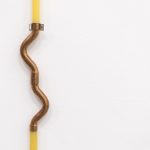 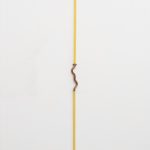 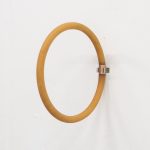 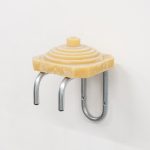 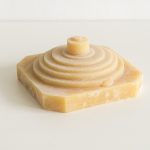 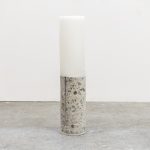 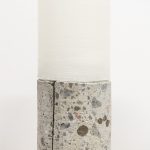 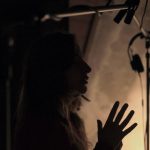 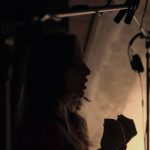 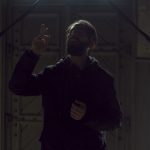 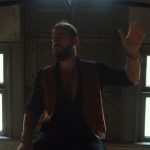 “Solo es verdad lo que sucede cada trescientas noches” (It only happens every three hundred nights) is a project that questions the relationship between the fields of literature (enunciation) and mathematics (empirico) – or, as one might say, between words and things. It comprises the works of Andrés García Vidal, Cristina Mejías, Mercedes Pimiento and the collective Alegría y Piñero as they highlight the consistency of generational discourses, their flow, their rhythm and their predominance, as well as the effects of the powers that be, the social collective and the individuals that comprise it.

The title of the exhibition is inspired by “Tlön, Uqbar, Orbis Tertius,” a book published by Jorge Luis Borges in 1940 that details the diverse aspects of the fictional planet of Tlön. In this imaginary world, idealism is common sense and science as a discipline does not exist. The metaphysicians of this planet also judge that their branch of philosophy belongs to the field of fantastic literature and that their research is not the search for truth per se. On Tlön, perception is what enables one’s existence, and one can only live when one is perceived. The devices used by the individuals on Tlön to make things thinkable and logical are different as well. And it only happens every three hundred nights. As the story progresses, our idea of reality breaks down. Bit by bit, the world of Tlön parasitizes it and some of the devices that structure our existence, such as language and history, slowly disintegrate. Soon, the whole world will be Tlön.

This Borgan telling of a fictional planet makes it easier for us to imagine alternative worlds and possible futures, and it allows us to look into the relationship between facts of the world and what those facts mean. It also makes us question the discourses we embody as well as the devices we use to make things thinkable. It helps us share and understand the experience of the language of the madman and the poet who “beneath the named and everyday differences, reencounters the elusive kinship of things, their dispersed similarities” (Words and Things, Michel Foucault, 1976).

”Solo es verdad lo que sucede cada trescientas noches” brings together a series of projects that alter the order of experience to highlight other relationships between bodies and facts. This is happening at a time where we are witnessing an accelerated redefinition of certain codes that run through us, producing new relationships between words and things. In doing so, this exhibition insists on the potential of artistic practices to establish a complicit and different relationship with the present through the analysis of some of the structures between signifier and signified, which gives importance to a knowledge that inhabits the margins of the establishment.

“Oi: Teme, si no, quitaré a la roca eco que huia” (I heard: Fear, or I will take away the echoing rock that fled) (2019) is a piece that is part of a larger project by the collective Alegría y Piñero, called “Arqueología del habla” (Archaeology of Speech), which aims to be “an exercise in cyclical gazing around images, words and shapes, to show multiple points of view that reveal unfolded, elusive or babbled presences”. This particular piece is a moulding made from the pieces of a previous project called “Silabario” (Syllabary), which takes the form of a large piece of furniture made of eighty moulds, each of them showing a human profile pronouncing a syllable. All of these profiles end up forming a palindromic phrase: “Oí: teme, si no quitaré a la roca eco que huía / hay hueco que acorrala. Errático ni se metió” (I heard: fear, or I will take away the echoing rock that fled / there’s a hole that corners. Erratic and unsteady). The activation and reading of the moulding is done through the play of light and shadow of the spectator’s hand. This piece, which is halfway between sculpture and architecture, functions as a talking object. Through the movement of the spectator’s body, a transmission link is created: a gesture that then turns to speech – from physical matter to silent word. This is maybe the piece that most disrupts the difference between the realm of the decipherable and the visible, and transports us into a new device that has more to do with babbling than with codified speech. Alegría y Piñero explores the rejection of the idea that “the task of representing thought has fallen to words”, but rather, the words indicate it, remember it, but always from a confused and obscure place.

“Por Dentro, a Media Voz” (Inside, a Media Voice) by Andrés García Vidal is a sound installation with two video pieces. The sound installation shows three musical improvisations by three musicians that are played at the same time as the third call to Islamic prayer in Seville. The video piece is an interview with Pooyan Tamini Arab, a professor of religious studies at the University of Utrecht. The starting points of this long-term research were the recent debates around the amplification of the sound of adham – the daily call to prayer – and the misunderstood legislative regulation of it as noise. The artist explores the relationship between the sound aesthetics of Islam (as in the recitation of the Quran or the call to prayer) and traditional Arab music from a musicological point of view. In both, the practice of orality prevails as a form of transmission, and both are also based on the Arabic maqam musical system. Within maqam, there are different groups of melodic attainments called ajnas (‘genre’ or ‘type’) that are trichords, tetrachords or pentachords, which are all improvised upon in both practices. Each ajna has associations with specific emotional states. These improvisations are intertwined with reflections by Pooyan Tamini Arab on the ‘materiality of religion’. He points out how a range of discourses, practices and aesthetic forms mediate the way religion is experienced, and how their form of expression matters. In Islam, using one’s voice is one of the most powerful forms of expression, because it also has a series of implications in the public space. Sound is also a powerful means of transmission that mobilises emotions and bodies. Moreover, within Islam, the voice is the communication vessel that summons and sustains a collective body.

The project “Boca y Hueso” (Mouth and Bone) (2019-2020) by Cristina Mejías takes as context and pretext the artisan activity of the luthier to investigate how orality has been relegated to the background when transmitting knowledge. At first, the guitar worked as an accompaniment to oral stories, it was the foundation for the narrator as it was used to underline the greater or lesser intensity of the story, to create pauses and silences, and to characterise the type of narration that was being used. The functionality of guitar accompaniment has changed and it is now mostly conceived as an independent instrument although the way in which the knowledge is transmitted from master to apprentice and from master to master, is still oral and its evolution is completely empirical: there is no codification of this traditional practice and from each experience a different guitar is created. Today, oral testimonies as a source of knowledge, history and tradition is not as commonly used and has many detractors due to its limitations (errors and omissions) and lack of credibility. This kind of knowledge that includes the secrets of the luthier’s trade is the source of this project and the place where they have been made is in the artist’s brother’s guitar workshop in Jerez. The piece is made up of both the raw materials used in the making of the instrument (ebony or red cedar, bone, palo santo, among others) and components of a different nature that are invisible, such as listening, silence, fragments of speech or movement… which highlights a knowledge that goes beyond what can be seen.

The pieces from artist Mercedes Pimiento are part of a larger research project called “Arquitecturas Terminales” (Terminal Architectures) (2020). The focus of her research is the relationship and the links created between the bodies, structures and materials that circulate and form part of our contemporary urban space. These connections are materialised in forms that remind us of elements that sustain the metabolic process of cities: pipes, wiring, ducts – structures that hold and contain and that normally stay hidden. They are a network of infrastructures that serve the city and ensure its functioning, through which the transmission and circulation of fluids, energy or data takes place and which are imperceptible to our eyes. It’s also an invisible, necessary and implicit space that sustains the articulation within the visible environment, nature and social life. The artist’s work is a metaphor for what we believe to be an impossible combination, that of the body, architecture and its materials. The artist also carries out extensive research on the latter, resulting in pieces made from different materials – organic and synthetic – that come together: paraffin and concrete, soap and aluminium or wax, copper and steel.