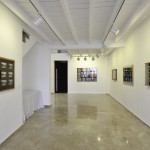 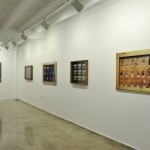 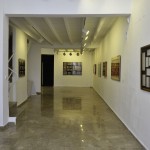 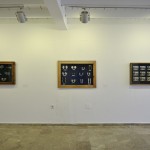 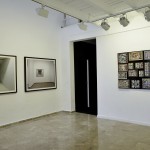 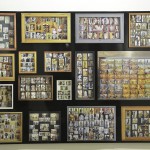 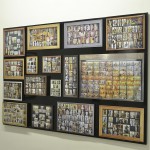 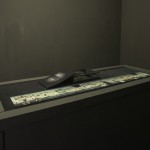 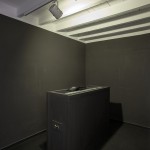 Nicolas Grospierre has been collecting all sorts of things ever since he was a child. His interest in the matter has been as deep as it has been varied and unusual: as a young boy, he would collect axes (too dangerous for him to use) and beer glasses (although he did not drink). As a teen, his interest switched to exotic cigarette packs (whereas he was a non-smoker). His latest collections have focused on vintage amplifiers (which usually do not work), spicy sauces (which are too hot to eat), anonymous American slides from the 1950’s (which are quite boring) and old exhibition cabinets.

The latter topic has been the starting point of a loose but consistent set of works – photographic and/or sculptural – which form the basis of the Collections of air exhibition.

Nicolas Grospierre’s practice as an artist and photographer is close to that of collecting: by photographing interesting things or phenomena he appropriates them and makes them his own. For Grospierre, the impulse to photograph is comparable to a similar kind of imperative. The urge to photograph/collect leads him to question the very motivation behind such behaviour and try to systematize it through works which use and display collections, through the medium of the exhibition cabinet, the focus of the exhibition.

Collections of air exhibits a variety of collections (some authentic, some fake, although the distinction is not clear-cut) and raises the question as to the meaning behind the act of collecting.

Mausoleum (2007, achieved with Olga Mokrzycka) is a panoramic display of the collection of stuffed animals of Nugzar Dzanishia, which the two artists found in an abandoned underground recreation centre in Tbilisi, Georgia. Typologia (2011) displays the collection of 1500 sculptures of Warsaw’s National Museum, displayed in unique exhibition cabinets and classified according to Grospierre’s personal tastes. The collection of collections (2008) is a set of semi-true, semi-fictitious collections of paradoxical objects, such as air samples, natural doubles and ageing postcards.

Ultimately, Collections of air, besides its undeniable visual seduction, instils the viewer with the uneasy feeling that however we try to justify our urge to collect, what remains in our hands in the end is perhaps nothing more than a breath of air.