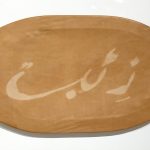 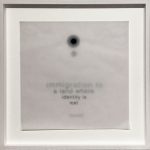 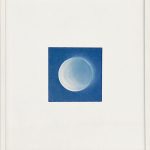 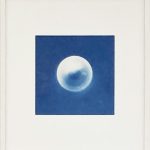 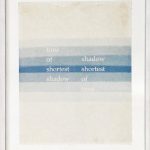 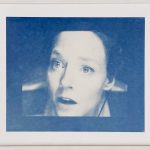 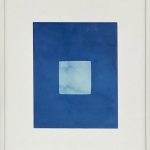 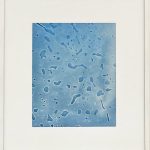 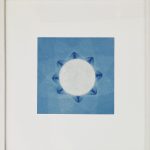 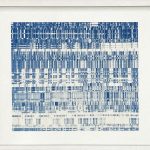 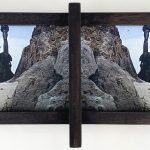 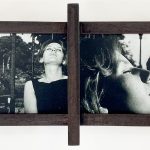 Science Fiction is a narrative excuse, effective in creating a suture between a set of works that gravitate around various tropes that are fundamental in our times.  These tropes are the idea of a “portal through time” and the idea of an “underlying matrix” above and beyond visible reality.  These formulations can only be manifested in their radical immanence, as echoes of that which is essentially invisible and unkonwable.  Both tropes are underlined by the mecanism of a “reflection”.  The reflection is a crucial aspect in the act of healing, in the techniques in shamanism.  The creation/invocation of a “double” -a fold in spacetime- is the basic device for these procedures, for the undoing of consensual reality, stepping instead into the scene of the paradoxical… and the potentially miraculous. For François Bucher shamanism is the extensive encyclopedia, the spring from where the artist captures a manner of knowledge that he sets in motion in his works.

To heal the psyche, to be guided by a path that is amenable to touch the core of individual trauma, and its expression in the next circle: the collective trauma that is being experienced nowadays by humanity as a whole… that is the question at stake. And also to consider the aforementioned conceptual devices of a “portal in time” and of an “underlying matrix” as the elements of a game, a fiction, one which has real consequences -a science. To incorporate poetics as a primordial mechanism, in order to transform the organism of the patient (the social organism) into a verse, one that is written in a book of sand, one that can be re versed; that is the procedure.

In this phase of Bucher’s work there is discreet return to cinema as his infinite interlocutor, and especially to two film with which the artist has been affiliated in an intimate manner. One is Vertigo by Hitchcock, from 1954 and the other is La Jetée by Chris Marker, from 1962.  In a previous phase there was a dialogue -with its own particularities- with a novel/film: Contact, by Carl Sagan. In the case of Vertigo and La Jetée there are several pieces that gravitate around the act of perceiving in/through time as dimension, rather than as a duration. The fundamental part of the relationship established with these films as with the novel/film Contact is that they are all able to suggest a clue: trauma is the aperture of a portal in time. The exhibition also comprises other references to Sci fi movies, explicitly Planet of the Apes and its allegorical image of collective trauma, of a self-inflicted Apocalypse. There is also a reference to another lesser-known Sci fi film called Déjà Vu where Denzel Washington’s character finds out that he is still in time to overturn an event that already took place. In the terrain of less explicit references there is an allusion to a generic theme of Sci fi scripts -but also of shamanic healings- where a dimensional passage is portrayed in which the voyager loses his/her identity and ipso facto attains/recovers another identity in a higher octave of consciousness, after going through a purge.

It is through this extreme fixation  -this arrest that is ultimately trauma- that time is bent and the not yet lived is suddenly located in the past… and vice versa, what is supposedly happening in the now is actually to be experienced in the future. In the mirrored image from Planet of the Apes that is featured in the show two timelines are on display, and they both end in the foretold apocalypse. The hero arrives to the scene alone in one of these timelines and in the company of a woman in another, but the result is the same: the realization of a long story that brought him there, to the encounter of the image of a catastrophe which he lived through unconsciously.

References to the aforementioned book and film Contact by Carl Sagan come in the form of a series of works, many of which are involved in a dialogue with a phenomenon of light that goes by the name of anisotropy. Anisotropy was rendered instrumental both in radio telescopes, auscultating cosmic background noise, and also in the exploration of fossil fuels from times immemorial. These works are made using polarized light, and are part of an extensive metaphor in Bucher’s work about the deep time that radio astronomy describes, which goes back to the minutes after the Big bang. And from bygone eras of buried biological material hidden in common PET plastic. Amongst these works is a text piece made of thermoformed PET plastic. Its text reads: The Third war is ongoing and it is Holographic and it stands as one more piece of the apocalyptic scenario at play.

Amongst other works in the show there is a literal carbon copy of a story by Jorge Luis Borges that has been falsified by the artist – François Bucher author of a story by Borges.  There are also celestial events, likewise falsified in the technique of cyanotype.  A work worth mentioning here is another falsification of sorts. This time what is forged is a political artistic gesture of the 1970s. The original work, by Antonio Caro, is an appropriation of the Coca-Cola font, spelling the word “Colombia”. Caro is evidently critiquing cultural imperialism, Bucher, on the other hand is creating a multi-semantic slogan “drink/take from your/His Source”. This slogan transfers Caro’s anti-imperialist legendary activism to our current times and transforms it into a sort of ‘spiritual activism’ in the era of the Anthropocene. Bucher is also repeating the gesture of Sherrie Levine who was engaged in thwarting a male dominated Art history into a her-story through the art of copying. It is interesting to point out that Levine quotes the Borges short story Pierre Menard author of the Quijote as her starting point for this artistic gesture of targeted forgeries, which became her trademark. This particular short story is about a copy of the master text, Don Quijote de la Mancha.  The copy turns into the “original” through the fantastic meanderings of the plot. “Tome de Su fuente”, the phrase itself, is ultimately an invitation to travel in time, in order to find the mother-energy that is liberated when the individual and the collective, are finally emancipated from the trauma of separation.