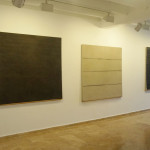 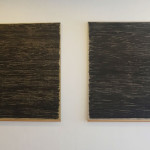 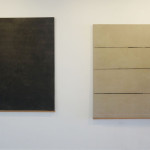 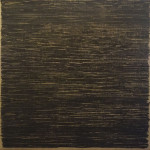 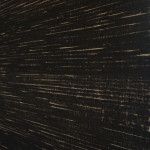 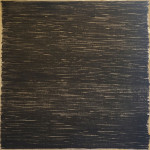 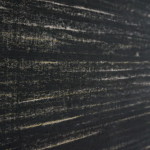 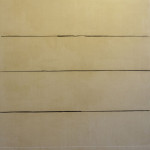 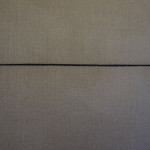 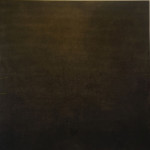 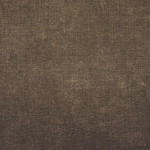 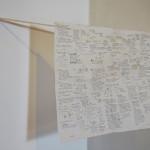 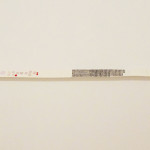 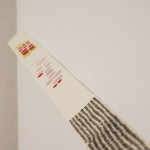 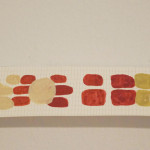 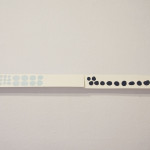 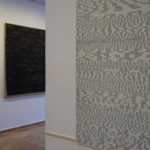 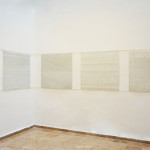 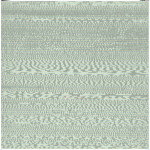 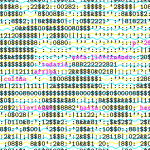 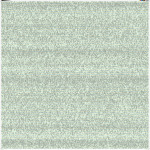 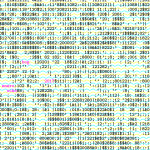 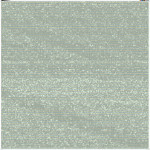 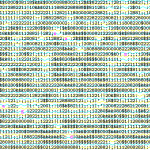 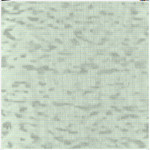 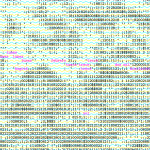 Alarcón Criado celebrates the finale of this season with an individual project by the artist Bernardo Ortiz (Cali, 1972).

The exhibition titled “Corrección” showcases and links three bodies of work by the artist. On the one hand it presents the work that the artist has developed during his residence in Volt, Norway. Alongside this project, a series of works on canvas made with graphite, pastel and charcoal. The linen are works based on the idea of ​​time, and the energy consumed for the accomplishment of each work. Impressions on cotton paper constitute the third chapter of the pieces of this exhibition – the second solo show of Bernando Ortiz at the gallery.

The impressions are in line with ideas of obsolescence and irreproducibility, images that in this case are taken taken from the static of television screens. For the realization of this type of works the artist uses an editing program (TeX, developed in the late 70s by Donald Knuth) that generates archaic interpretations of the processed images. At each tone of the image the program assigns an alphanumeric value, the tabulation being the lower density tone and the “g” or “8” the darker areas. On the resulting image / text, the artist intervenes subtly with graphical interferences that seep into the text frame, as if they had been victims of the works that can be stamped with information on the image/presentation of the image. Implying a computer virus editing program.

The pieces executed in Norway are an exercise of memory, as they are based on the colours of the landscape that the artist has contemplated on in the duration of 6 days to the fjords Sognefjorden that have sharpened his perception.  The result of this exercise are a series of interventions on small pieces of paper that are presented diagonally over the plane of vision. These works were shown in Ervingen (Bergen), within the curatorial project Volt, during a single day.

Regarding his experience in Norway, the artist recounts:

This is an exercise. Walk through a landscape while you think about perception. Describe the colours. The way some things are built. Or how they are. But at the same time think about a poet who hears sounds and tries to imitate those sounds with words. Or about a  man who sees the interference in the transmission of a speech as manifestations of extra-terrestrial life. Or the way the software is calibrated to recognize things in images. Or the way you can reproduce a white paint. A walk is a way to experience the distance. A kind of “high resolution” experience of distance; A way to overcome the illusion of transparency and immediacy.

Bernardo Ortiz’s exhibition will launch in Seville on May 26th. During the inauguration, the artist will carry out an intervention in which he will present a series of reflections on the artistic task and his way of understanding the creative processes. Far from constituting a presentation or introduction of the exhibition, we must perceive this discourse as one more piece of the exhibition, although it will only be accessible to those attending the opening.

Bernardo Ortiz has co-curated the VII Mercosur Biennial (Porto Alegre, Brazil) and the 41st National Artists’ Hall (Cali, Colombia). He has also taught at the Universidad de Los Andes in Bogotá, Universidad del Valle and the Departmental Institute of Fine Arts in Cali.

The artistic work of Bernardo Ortiz revolves around words, drawings and symbolic spots that dialogue with time, with its effects and with its events. From his knowledge of philosophy and literature, he investigates the constant tense link between the written word and painting or drawing, using colours, fonts or textures. The two-dimensional surfaces of his works are composed of overlays of materials, of texts and of folds.

When they are addressed, these pieces depict decontextualized phrases through which the artist tries to relate image and language, thereby demonstrating that words can evoke an image, but they can also function as pictorial elements by themselves, even distancing the image from text to which it relates.