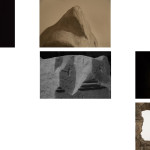 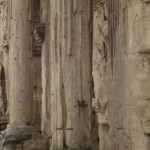 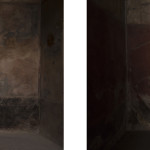 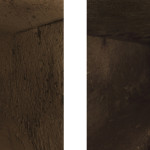 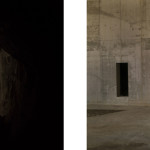 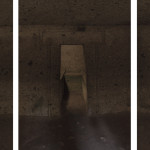 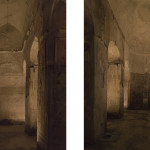 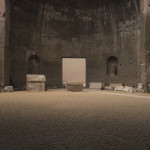 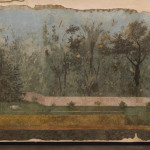 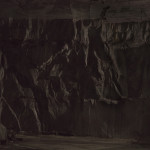 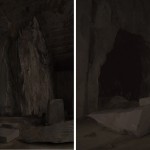 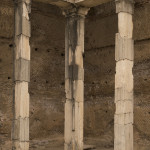 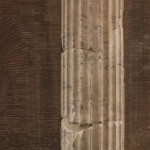 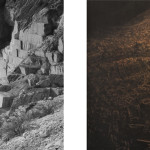 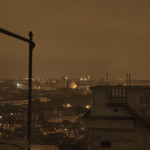 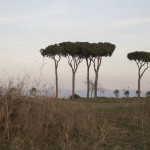 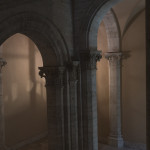 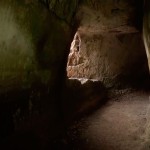 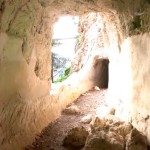 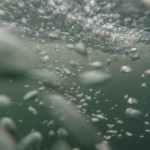 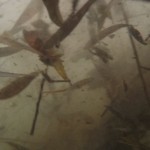 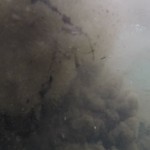 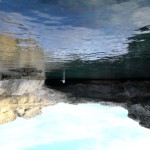 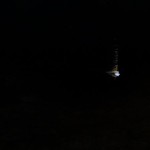 It is a collection of work in which the artist concentrates his research around the most hidden stratigraphy of the city and whose documentation ends up becoming the backbone of his investigation. An investigation that stops at interfaces, surface erosion, the paradox of the outdated character of the eternal city; the documentation of what was buried in the past, but also in recording what remains underground and hidden in the present.

As on previous occasions, José Guerrero has devised his work from the imagery and the solid character of the city, but always in a manner that is in search of a ‘universal vision’. On this occasion, the city of Rome gives the artist’s approach a greater significance and symbolism.

The audiovisual triptych ‘Rome – 3 Variations’ is a collaborative work by photographer José Guerrero (Granada 1979) and composer Antonio Blanco Tejero (Jerez de la Frontera 1979).  It has been developed from the acquaintance of both artists at the Royal Academy of Spain in Rome, where they coincided as resident artists in the duration of 2015 – 2016.

Both artists perform this piece, as it is based on interests and ideas that were already shared in their respective careers prior to meeting each other; and which is also evident here through the indissoluble ‘music-image’ dialogue.

Together they construct a dramaturgy along a timeline that is structured in three parts like the stages of an endless cycle: origin, transit and new beginning; through the stream of water.