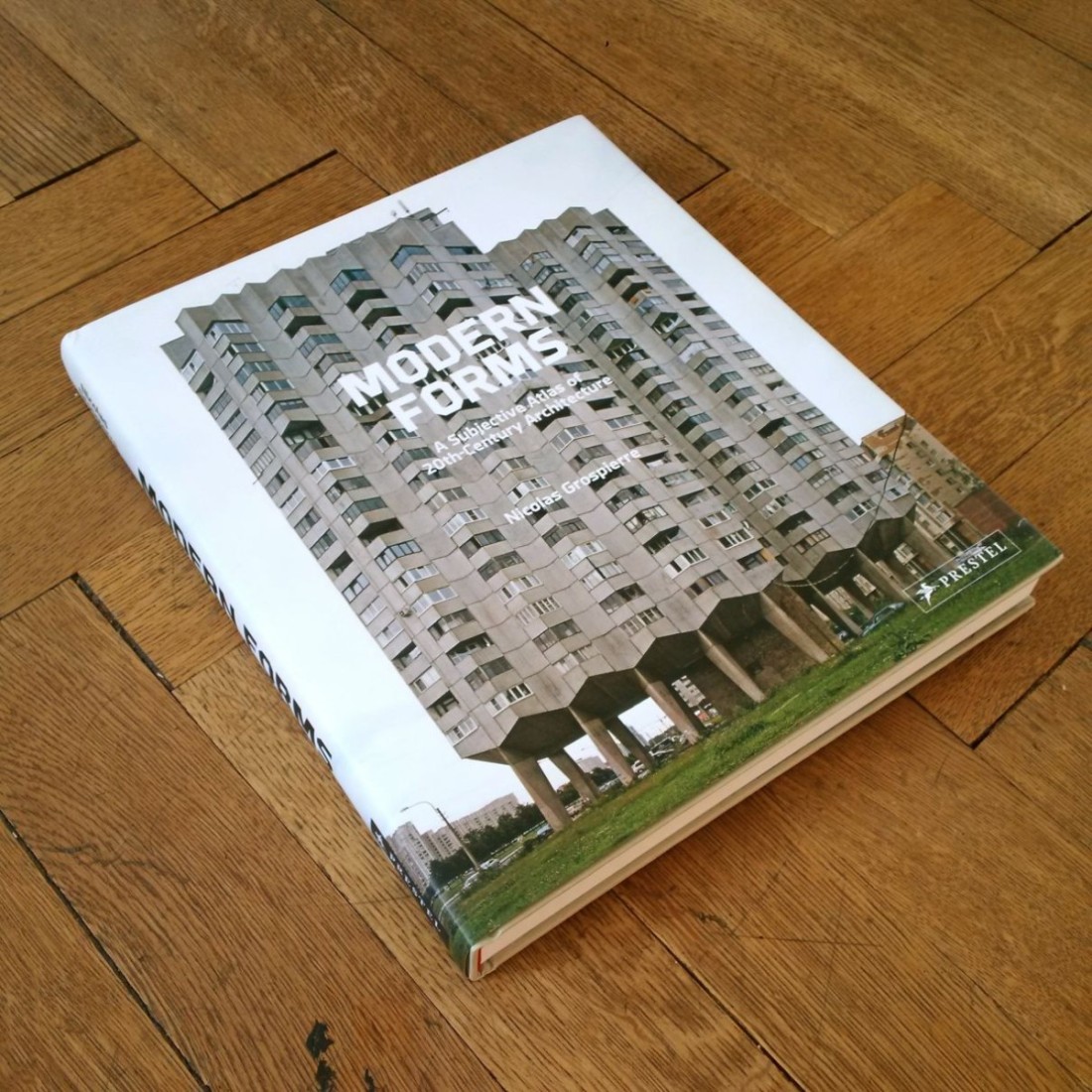 This fascinating collection of Nicolas Grospierre’s photography covers structures built between 1920 and 1989 in Europe, North and South America, the Middle East, North Africa, and Asia. The book reveals how modernist architecture is the embodiment of political and social ideologies, especially in public institutions such as banks, churches, libraries, and government buildings. Following the series of full-page images, an index details the location, date, architect and purpose of each building. While many of the buildings in this archive often go unrecognized, their forms are prominent in the landscape of modern civilization. Grospierre’s keen eye and enthusiasm for the mundane as well as the sublime will motivate readers to look at the buildings around them in new and exciting ways.

Nicholas Grospierre´s solo exhibition entitled “Modern Forms. A Subjective Atlas of the 20th Century”, can be seen at the headquarters of the Architectural Association in London.

The exhibition will include a series of photographs of architectural spaces built between the 1920s and the 1980s in different parts of the world, including an unfinished project for the International Fair of Tripoli (Oscar Niemeyer), the Saint Louis Arch of the Ukrainian Research and Development Institute, as well as spaces documented by the Polish artist on his popular personal blog “A Subjective Atlas of 20th Century Architecture”. The exhibition was curated by Elias Redstone and Alona Pardo, who also edited his recent new book under the same title.