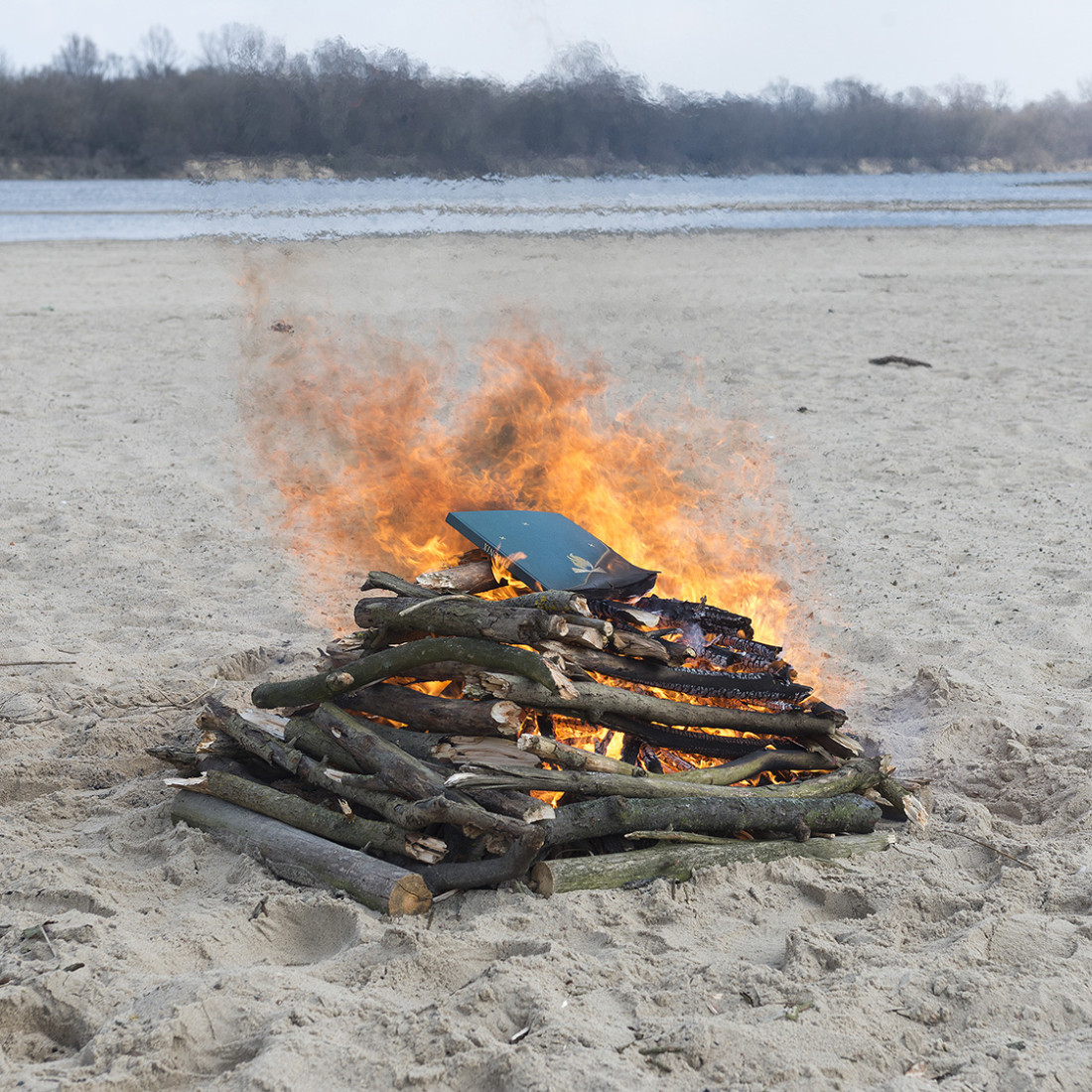 All Pales Before The Book (Todo palidece ante el libro) presents the printed book as the universal medium, the container which holds all the narrations, the story that tells all the stories, including that of its own birth, but also of its own destruction. In this exhibition, Nicolas Grospierre has assembled several works which, every time in a different way, praise the wonder of the book by showing the vertigo and exhilaration that enlightenment can create, the melancholy at the prospect of a ruined library, but also the capacity of knowledge to come back to life once it has been destroyed.

The Library (2006) is not the representation of a particular library, but rather an attempt at showing what is the essence of a library. First, since a library is, by nature, a place where books are gathered, it is potentially infinite, because books, and thus knowledge, knows no boundaries and is constantly expanding. And second, a library may contain a book on libraries, or even the list of all books in that particular library, which means that a library is simultaneously the container and the content of the same subject matter.

The eponymous Todo palidece ante el libro [всё бледнеет перед книгой] (2011), re-enacts the situation of a devastated library, in the Kaliningrad region in Russia, which Nicolas Grospierre discovered by chance. From this ravaged library, whose books were all thrown on the floor, Grospierre rescued one single book, whose subject, quite ironically, was that of the workers of a printing house.

Grospierre’s latest work, and especially produced for this exhibition: Phœnix (2016), is one single book, which represents its very destruction, and which, as the legendary bird, literally rises again from its own ashes.