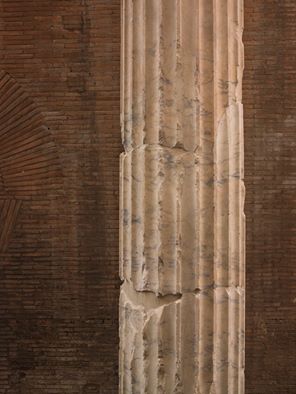 The piece ‘Colonna’ is part of the work done by José Guerrero during his residence at the Royal Academy of Spain in Rome between the years 2015 and 2016. The author has focused, as in previous series, on themes that revolve around Memory and the passage of time, as well as in the iconographic and universal character of a place (in this case, the city of Rome) that it would be difficult for us to understand if it is not through its different layers and strata, architectural and ‘imaginary’.