JOSÉ ALEJANDRO RESTREPO “Histories of Landscape during the Colonization of the Americas”. MoMA 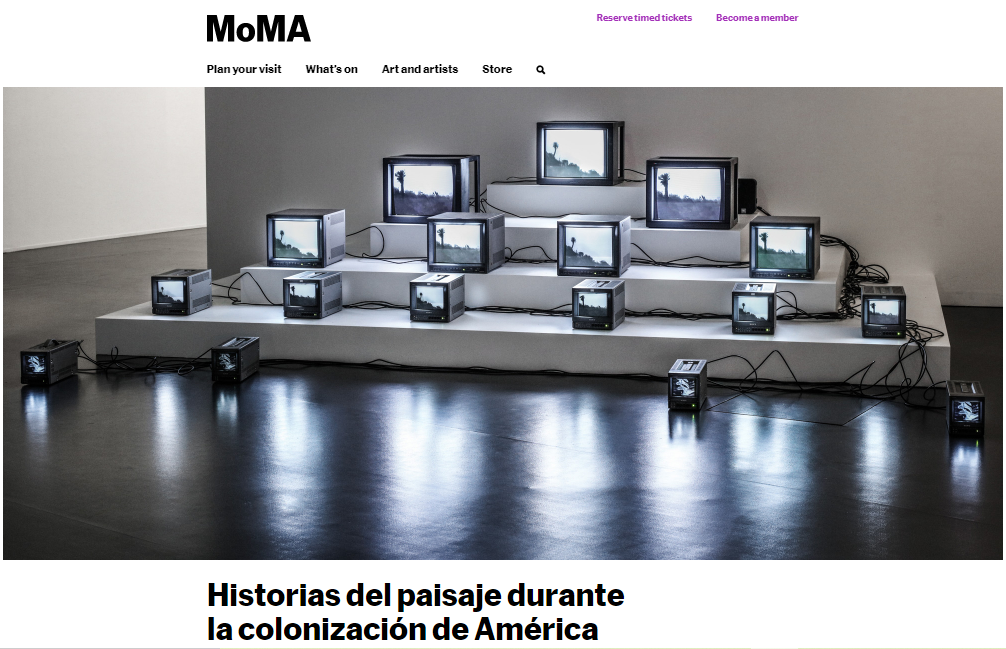 Artist José Alejandro Restrepo discusses his work and the paradoxes of the colonial exploration of Latin America.

In 1992, artist José Alejandro Restrepo (Colombian, born 1959) produced Paso del Quindío I, an installation of 17 monitors showing a series of black-and-white images of a landscape and its vegetation from different perspectives. These images were recorded by the artist on the Paso del Quindío, a treacherous trail that cuts through the Andes. In the 18th and 19th centuries, the route attracted European scientists, chroniclers, and explorers thanks to its ecological diversity and picturesque vistas. In this interview, Restrepo, a pioneering figure in Colombian video art, talks about the process of making Paso del Quindío I and his interest in the colonial exploration of Latin America and its many paradoxes.