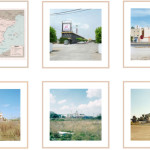 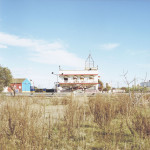 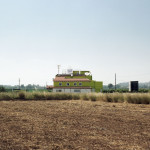 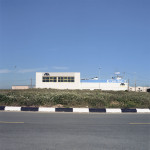 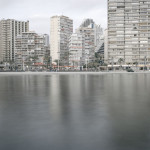 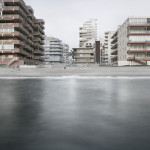 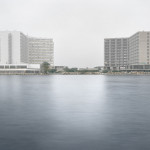 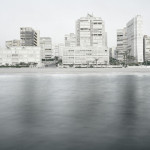 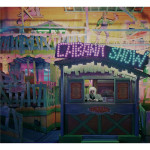 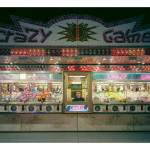 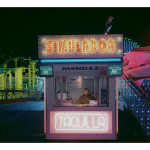 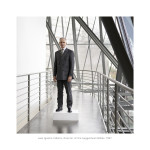 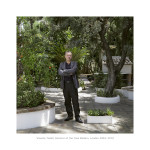 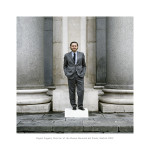 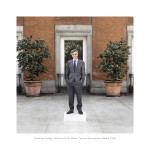 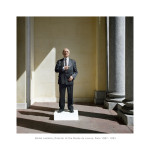 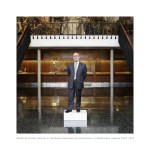 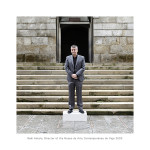 Lugares De Tránsito, (Transit Points), is a project curated by Pep Benlloch which includes
photographic works of Laura Vallés, Jaume Albert, Mariela Apollonio and Vicente Tirado; a series
of research orientated work based on the relationship between places and the people who live
in them, or have discovered them. In these works, the common spaces are reviewed from
experimental perspectives that help to establish alternative mappings, (Casa de muñecas, ‘Dolls
House’); distorting the traditional view of the waterfront, (Juegos desolados, ‘Desolated Games’);
and producing portraits that explore shared identities between spaces and the individuals who
occupy them, (The Art Circle, Ratón salvaje, ’Wild Mouse’). These nomadic visions, which portray
a life in transit and ‘in motion’, propose a rethinking of concepts linked to the institution of Art;
discovering the symbolism of architecture and the experiences which are lived within them;
reflecting on the relationship between workers and their environments; and discovering the
metamorphosis which environments suffer when they are perceived and photographed from
unusual viewpoints.
In, The Art Circle, Mariela Apollonio suggests a reflection about the museum as an institution
and presents a review of the processes and agents operating in the validation of the artworks .
The experts, who decide what to show and how it has to be looked at – what is exposed –
become the object of observation. Museum directors share the same grounding as that of
works of art, creating a sort of metaphor, inviting critical analysis on how the artistic sense of the
art works is constructed – and indeed what role managers (agents), and museums (institutions),
play in this process.
Meanwhile, Casa de muñecas, explores the idea of ‘journey’, from a tour through the N-340
road, along the Mediterranean coast from Barcelona to Cadiz. On this tour, Laura Vallés is
drawing a symbolic route, connecting brothels down the east coast of Spain – thus,
demonstrating the presence of practices that objectify women and denounce them, even if they
themselves claim to associate with one of these places. With a critical, yet eloquent eye, the
pictures are for both the people and the space they inhabit – considering not only how these
places provide identity to women, but also to what extent they can appropriate them.
The work, Ratón salvaje, portrays individuals in their workplace, showing the light and shadow of
a precarious, nomadic and self-sacrificing life, yet paradoxically they are shown surrounded by
the illumination, colour and pleasure of others. Like the portraits of Casa de muñecas, these
pieces of Jaume Albert witness the way in which individuals, in this case the carnies, are
integrated into the environment where they live and work – the ‘imaginary’ part of the fairs. As
achieved and explained in the artist’s work, this suggests that the new parks, even with
technological advantages and astronomical budgets, can try to emulate but can never replace.
In the case of, Juegos desolados, no individual is portrayed, but the prospect brings us back
directly to the site of the photographer’s work. From within the sea, in a situation of complete
vulnerability, the gaze is directed to the waterfront; reversing the traditional meeting between
the viewer and the immensity of the sea. The bleak but shocking, sad panorama while
monumental – given the size of the buildings and the perspective from which the image is
realised – brings us a captured experience of a swimmer, a frozen moment in time. Vicente
Tirado, himself a swimmer, conceived this work as a process – and by indicating marine
coordinates from taking photographs, intends to continue his portrayal of the evolution of the
coastline; the insipid and brutish semblance of modernity, which in the end, provides a
framework for our own living experience. A space that, like all that consolidates in places of