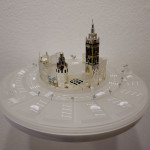 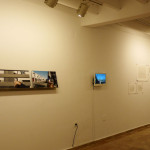 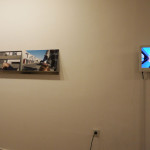 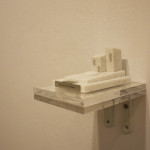 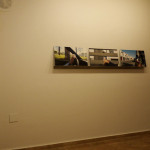 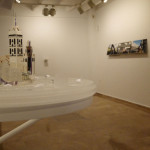 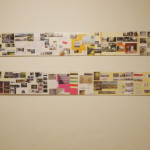 This exhibition brings together most recent research related to the relationships established
between the individual, architecture and urbanism in the contemporary age. Marked by the
approach of the Situationists, Rivera’s work is a reflection on how social spaces are planned and
urban settings are changed in our time, in order to encourage certain patterns of behaviour and
consumption.
“Consumption has penetrated all spheres of our life, strongly building our way of seeing the
world” J. Rivera.
In 2011, the Andalusian Centre of Contemporary Art organised a solo exhibition of the artist. In
the sample at Alarcón Criado, the boundaries between projects, pieces and disciplines are less
clear, so that within the current context previous works acquire new interpretations and
meanings. Specifically, to the latest contribution – a collection of three series’ of work – which the
artist has already completed.
“La Arquitectura de la Felicidad”, (“The Architecture of Happiness”), is interested in reworking
historical, thematic strategies; parochial concentrations of shops and pedestrian shopping areas;
hotel verandas and terraces with floors dedicated to gastronomy and mixology; recreational
buildings etc.; focusing on the parallels between the management of leisure and consumption,
and the future of cities. It began in 2010, in certain cities that are undergoing, or have undergone,
a process of architectural transformation to generate a marketable and exportable image of the
‘city’. Cities such as Caracas, Barcelona and Seville have been studied in this project.
“I Enjoy My Life Mall”, is a title that brings together the exercises that go beyond the incidence of
simplification and the use of marketing strategies represented in the developed world. He is
more interested in the behaviour of those who inhabit them. A sample of such a practical
exercise, ” I Enjoy My Mall Life”, is a series of work compiled from an overhead filming of a table
set for six people, appearing on camera with a synchronised movement where the only thing
that changes is the food in different moving sequences. Each food belongs to a different
country or culture -Mediterranean, Latin, Asian and Arabic.
On the occasion of this exhibition, it presents a new exercise, “I Enjoy My Life Mall, # 4:
Imagination”, consisting of a piece of audio – a phrase, similar to that used by therapists to
structure and lower anxiety levels, and frustration etc. As locution is induced to obtain pleasure,
we are invited to relax by imagining a visit to a shopping mall where you will see all our
consumerist desires realised.
“I use it as a possible palliative for citizens who both follow and who are exposed to all sales
strategies, regardless of the drop in purchasing power in the population, we insist on creating
this need and we draw on the path of welfare through consumption.” J. Rivera.
“El Paradíso de las Damas”, conveys a project in 2007. It is a work completed before the peak of
the housing crisis, where he reflected on the lifestyles and architecture generated by
consumerist behaviour. In this particular case, it dwelled upon lifestyles surrounding the mall,
(2007). The piece is a model of an urban area that included a common commercial centre for
different developments of single-family homes. Three of these houses were built in the form of
silver rings representing a type of housing. The rings were used by a resident of a residential
area in Jerez de la Frontera (near a mall), who acted as a “guiding model”, creating a path
between “home” and that mall – the journey was documented photographically. In order to make
a re-reading of that work, the artist has created a new family house on the same scale – an exact
copy of the one which was silver in 2007 – this time, in marble, as a vault or tomb, associating
with the concept of death and the changing of time (economic change, social etc.). In addition, it
refers to urban growth as the cause of death of the economic system, and of our own wellbeing
for every family; practically making a grave for your own home, your own lifestyle. The
ring-grave is isolated on a wall, which is accompanied by photographic and video
documentation in order for the work to be exposed.
For a dialogue to exist between the parts, annotations are given on documentation panels. As
file items and photographs of the work process and exposition are collected, they will be
presented. This documentation serves as a logbook, representing a linear record of the working
process. They are a series of photographic panels, like a scroll, used as a system of organising
ideas through images, and reflecting the evolutionary stage where the work exists – from its
inception, to the present.