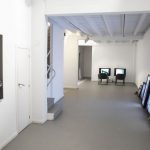 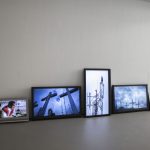 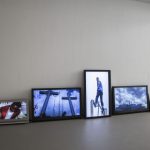 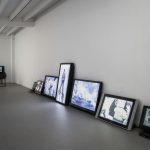 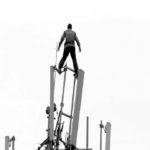 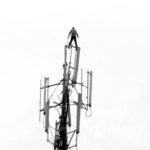 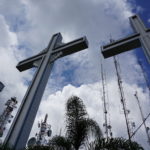 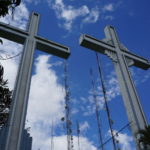 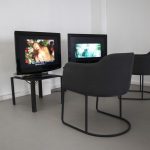 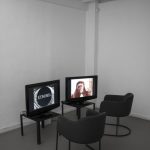 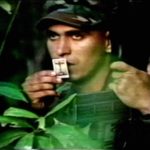 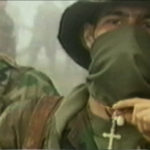 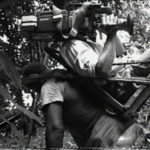 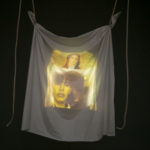 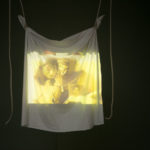 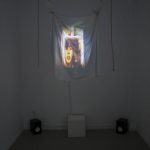 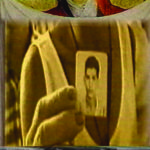 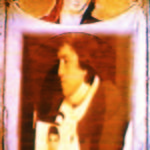 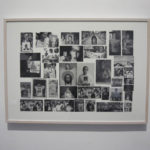 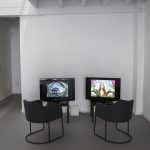 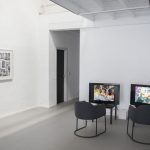 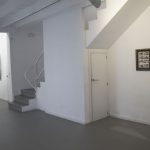 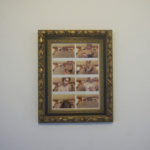 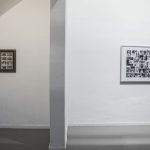 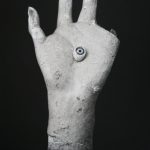 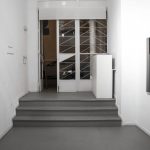 The Colombian artist José Alejandro Restrepo (Paris 1959; lives and works in Bogotá) is a central figure in contemporary Latin American art. For thirty years his work has contributed to a critical dialogue surrounding the nature of the documentary image by exposing it to different formats and devices. His dialogue is focussed on a critique of the relations between art, history, medium, religion and politics. An exemplary contemporary artist, Restrepo investigates the hybridisation of old and new technology. For him the work of art becomes the gateway through which to explore the nature of place-making using mental and visual images.

Restrepo’s work follows a tradition of thought that critiques a series of investigations into the combinations of history, dominant power relations and popular beliefs. A nostalgia for text and images from the past, experiences gained travelling around the country and reading and deconstructing mass media messages are all influences that underpin his work. Restrepo draws on the conceptual relations between video and the digital image and investigates their usefulness in creating new expressive storytelling strategies that exist outside of the grand narratives of cinema, television and other electronic media.

Teologías Políticas is the first individual exhibition of the work of a Columbian artist in Spain. The exhibition will present works of José Alejandro Restrepo that investigate the power structures constructed around images, appropriation of the image’s symbolic value, either through its preeminent use (Iconophilia), or through its censorship, elimination or destruction (Iconoclastia).

This exhibition will re-unite essential works of Restrepo’s oeuvre including Videoveronica (a piece he exhibited at the Venice biennale in 2007) and Icomia, as well as an audio-visual installation titled Epiphonia that imbues a series of Restrepo’s past video works with a new reading. Here, the televised spectacle is rescued from media titans and is instead translated into an examination of the uses of religion and politics. A sequence from Veronica (2000/2003), El Caballero de la Fe (2012), Estilita (2012) and Iconomia   (2000/2013). The dynamic of the passive spectator is disrupted allowing the video fragments to become a cult object within the context of the exhibition.

The anthological series, “ICONOMIA  – iconofilia/iconoclastia” (2000-2013) marks an inflection point in Restrepo’s consideration of the medium of television as a space for observing the value of the image, its cult and its codes. The series traces various facets of the image – idolatry, iconodulism, iconoclasm – from their religious origins to their current manifestations and examines their importance in contemporary Columbia. Iconomia   exposes the conflict through fragments captured from reality television. The event that confronts the iconoclast and iconophile (at their core they are both the same) is woven together in two separated rooms. How do you separate the inseparable? The iconoclast necessarily engenders in herself a certain degree of iconofilia and this obsession with the visual becomes a phenomenon that dazzles and blinds. Iconomia   is an important chapter in Restrepo’s work for its magnitude and development over a long period of time. The aforementioned televised fragments are a result of his constant and obsessive observation. The value of the image with its myriad implications becomes parodied by a process that sees the underlying assumptions of those values questioned. Iconomia   requires a seated spectator who consumes the work in its entirety and apprehends it as a result of the carefully linked gestures, attitudes and looks of its protagonists. The value of the image is imparted by the belief and rituals of a concentrated and immobile public.

Epiphonia is a multichannel video installation consistent with the accumulation of a number of recordings that deal with various modes of communication and, in some instances, relations of a religious character (references are made to martyrs or the parallels between the television antenna and the cross). Estilita (2012) will be one of the videos included in this installation. It presents an anonymous figure with one foot on a telecommunication pole, talking on his phone, a handwritten love note he throws into the air is suspended in front of him. The camera angle isolates the protagonist in the skies, cutting him off from communication with those on the ground. The video fragment modified by slow-motion and soundtrack proposes another interpretation of the piece that moves away from Police note. Restrepo’s reformulation presents, the contemporary protagonist, who meditates in solitude from the heights of the city and whose observation bears a particular ecstasy. This systematic appropriation of isolated television fragments is the raw material that Restrepo reinscribes to build another discourse on the modern environment and references a historical past.

Veronica colled Christ during the pilgrimage to Calvary and in her mercy wiped his bleeding face with a cloth. Her in this projection, the Colombian mothers of the people disappeared and kidnapped as a result of the war hold images of their children pleading for their return. This image re-imagines the same gesture, the same sign as the incarnation of the Veronica or of Christ the son.

The Veronica (vera-icona) is etymologically indebted to the “image of truth” (imagen verdad): the image of Christ’s bloody visage on a piece of cloth. The imprint being a more faithful image, untouched by the subjective hand of a painter. The painter’s image does not owe as much to the truth, instead the images are true because they have and exercise power and are thus a coveted commodity of war.

Restrepo’s dismantling of this spectacle consists of placing the pictorial image together with a video image in a projection. The intersections created by this montage and the impossible spaces between superimposed images speak to a clarity of intention or a paradoxically eloquent lack of meaning. The revelations within Restrepo’s work are made possible by the discovery and investigation of images. He deals in a dialectical operation. Two icons, belonging to different times and spaces, are violently forced together and this simultaneous images of the two mothers are juxtaposed in a manner that critiques the Aristotelian modes of relations.  This effectively signals a revolution that denies the conventions of beginning, middles and end and threatens the narratives of history (and of God and Country).

Simultaneously Restrepo will be contributing the work Caballero de la Fe to Aplicacion Murillo, an important exhibition in Seville celebrating the year of Murillo.