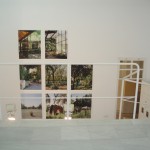 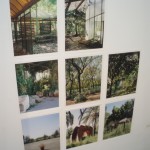 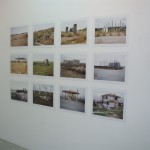 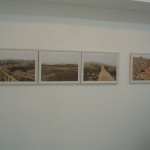 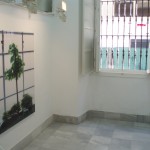 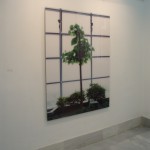 Sobre el Contrato Natural analyses the role played by nature in the construction and representation of the landscape at the start of the 21st century. The threat posed by climate change has, until now, has formed the basis of the global perception of the natural state, forcing contemporary societies to modify the conflicting policies of the exploitation of resources on the one hand and protection- or overprotection- of certain natural environments on the other.

This obsolete model is giving way to new forms of management based on the everyday coexistence, where the boundaries between organic and technology, environmental and urban or progress and conservation fade, constructing new, hybrid landscapes, where the natural and artificial converge.

The growing preoccupation with sustainability and the implementation of more integrated management programmes has also generated conflicts and contradictions that, once more, are shown in the construction of the contemporary landscape, particularly in the derivatives of the growing confusion between the terms environment and landscape.

The proposal takes as its point of departure the essay El Contrato Natural, written by M. Serres in 1990, in which he suggests the necessity of establishing an agreement between the human being and nature, parallel to a social contract, with which to define a series of moral standards and laws that enable the regulation of the relations between the two.

To further this analysis, the project is structured in the form of a dialogue, where the spectator is confronted with 4 works which treat the representation of the landscape and a set of selected texts. From this form the proposal intends to investigate questions such as the transformation of territory, the importance of the environment, the relationship between technology and nature, as well as the “verdolatria” in the construction of the landscape, not only at a territorial level, but also at the urban.

Taking as reference new trends in architecture and landscaping, the proposal traverses the boundary between the territorial and urban, and also investigates the presence of nature in the city, marked by the inversion of powers between the human being and nature, where the latter must adapt to the environmental and climactic conditions.

In this way, they propose multiple cross readings between the four works that explore the urban through the territorial and from an attitude committed to carelessness and neglect. The photographs from the series En el camino and Paseando en un espacio natural protegido, talk about the transformation of the territory into landscape and the different processes of enthronement into the same, that are situated between abandonment and overprotection.

On an urban scale, the series Sitescapes y Paisajes minimos analyses the presence of nature in the city, since the residual spaces claimed by nature are reserved until they become highly technical ecosystems that are incorporated into contemporary architectural projects.

Aside from the scale, En el Camino and Sitescape develop French theories of landscaping of G. Clément, studying the wasteland, the `non-place’, and other residual spaces such as reserves of great natural wealth and landscapes based on spontaneity and chance. For his part, the photographs pertaining to the series Paisajes mínimos and Paseando en un espacio natural protegido aim to highlight the contradictions generated by a politics based on overprotection and marketing.