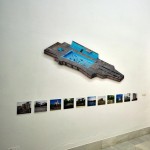 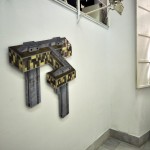 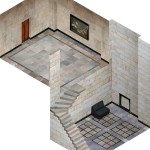 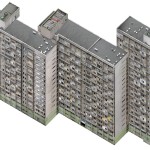 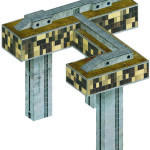 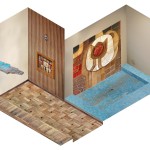 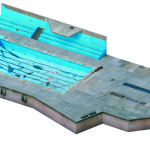 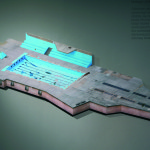 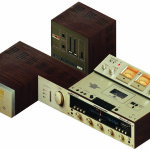 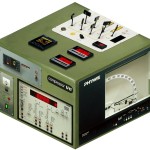 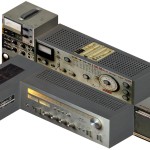 30.03.2012_19.05.2012
The exhibition, Axonometry, brings together several photographic works of Nicolas Grospierre,
whose common denominator is the representation of reality through axonometric views. It is an
apparent paradox: that reality is perspective (and that’s what the camera documents ), while the
axonometric is a technique that represents reality in an abstract, geometric way, which by
definition goes against the fundamental rules of linear perspective.
In other words, the term, ‘axonometric picture’, is a contradiction because photography is always
a representation that complies with the rules of linear or conical perspective.
Visual paradoxes have always fascinated Nicolas Grospierre, creating numerous axonometric
photographs in recent years – in most cases, rendering visualisations of buildings (the
axonometric is frequently used in architectural designs), but also of objects. Aspects such as the
quasi-geometry of these photographs, in addition to the need to create based solely on those
images, have led Grospierre to represent fragmented buildings as symbols of diversity – a
characteristic of modernist style during the interwar period in Poland.
As a whole, the exhibition, Axonometry, exhibits one other example of such an imaginary
structure: the ‘mobile pool’, imagined by Rem Koolhaas – featured at the end of his book,
Delirious New York, (which served to bring the dissident Russian architects to New York in order
to encounter the Manhattan architecture, on a journey that lasted five decades).
There will also be a piece dedicated to the legendary Wolkenbügel building, designed by the
Russian avant-garde artist and architect, El- Lissitzky. In the latter work, and to create the
axonometric of Wolkenbügel, Nicolas Grospierre used photographs taken in Brazil: an ironic
association, in which an ever-fabricated building is recreated using photographs of existing
buildings.
Finally, the exhibition presents two axonometric photographs specially designed to reference
the gallery space, Alarcón Criado, where the exhibition is held.
Axonometry, is the second solo exhibition of Nicolas Grospierre in national territory. His last show
of work was featured in, Photo Spain, (2011), in the festivals exhibition, ’Tales of Modernism’, held
at the Polish Institute of Culture. This exhibition marks the beginning of his representation by the
gallery, Alarcón Criado, Spain .